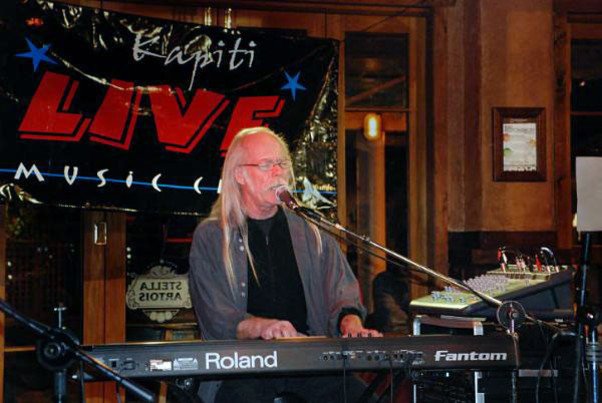 From the Steve McDonald Fan Club 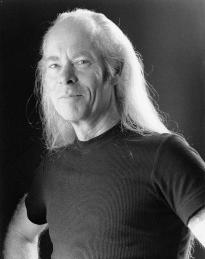 Steve McDonald was born on September 9, 1950 in Wellington, New Zealand. At the age of five he began taking piano lessons, and had a classical music upbringing.

“I started learning piano (as you do!) at the age of five. That was a terrifying experience, I was scared stiff of the teacher because she would make me very self conscious by gazing at my hands as I played waiting for a mistake, then the guillotine would come down. Even to this day I get nervous when people are up close watching.”

He discovered the accordion when a friend received one as a gift ~ and passed it on to Steve.

He soon became interested in pop/rock music, and when he was twelve, he joined his older brother’s garage band, called “The Strangers.” The only slot that was open was the drummer, so he quickly learned to play the drums.

“I remember when I first started playing in bands, I was 12 years old playing drums along with my brother and a few friends from school. Our first gig was for the Railway Shunters Ball. A very prestigious name for a not so prestigious event. We dressed up in Beatle’s shirts and jackets along with (plastic) Beatle’s wigs! (can you imagine?) We came running on to the stage and as I reached my drum kit I slipped and went head first into the drums. They rolled everywhere taking out microphone stands and the bass drum left the stage and crashed into the supper table knocking sandwiches and cakes on to the floor. We in the band thought it was hilarious but the faces on the patrons was one of shock and dismay. Strangely enough we were never asked back to Railway Shunters Ball.”

Steve started writing his own music about 1966-67. At that time he was still playing drums, but reverted back to the keyboards as his compositions became more musically demanding. He was one of (if not the) first people in New Zealand to own a synthesizer. Later he joined the popular Sixties band “The Dizzy Limits.” In 1970 they traveled to England for more experience, transforming and playing original music. They returned to New Zealand, where they changed their name to “Timberjack,” and released their controversial recording “Come to the Sabbat.” 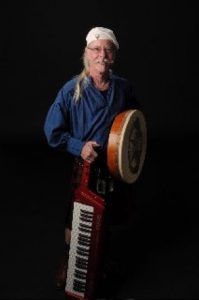 Eventually, Steve returned to the keyboards, and joined “Taylor.” They played original music, and recorded one self-titled album. He then moved to Auckland, where he joined the well established band “Human Instinct.” In 1980 he released his first solo album, “The Riddle and the Rhyme.” He made his home in Melbourne, Australia in 1981, where he performed six nights a week all over the territory of Victoria for two and a half years. He perfected his solo keyboard act, which he still performs today, playing his original music. He returned to New Zealand in 1983, performing on the Lion Brewery circuit all around the country.

In 1985 he won the “Song of ’85” Television Contest and in ’86 he won the ABU Asian-Pacific Songwriting Contest, in which writers from fourteen countries submitted entries. Steve then began writing and producing soundtracks for TV shows and documentaries, and he continues to be very much involved in it today.

In 1989 Steve put together a synthesizer instrumental album, “Spinfield,” for the American market. This Hearts of Space release sold very well, and two tracks from “Spinfield” were included on a compilation record of various artists, which sold in excess of 70,000 copies. In the early ’90s he became interested in his ancestry, when a friend sent him an ancient looking scroll containing a brief history of the name McDonald, and where it came from. He was so taken by the powerful history of the whole clan system, that he decided to put the history to music. He traveled to Scotland to do research, and to find his roots.

The Clan Donald was very receptive to him, and gave him a mountain of information, which enabled him to compile this amazing history of Scotland into music. And so he began to write “Sons of Somerled.” He spent a lot of time researching the historical stories behind such classic tunes as “Wild Mountain Thyme,” “Scotland the Brave” and “Loch Lomond.” From there he integrated the story of his family clan into a musical score. The outcome is an album of modern Celtic music which explores the ancestral heritage of the McDonald Clan of Scotland.

The March 1996 release by Etherean Music was re-packaged, and additional tracks were added. The CD was also “enhanced” to include the five minute video, the five minute documentary, several pictures and other multimedia attractions. Two tracks from “Somerled” appear on the Celtic Twilight series, also released in the USA. 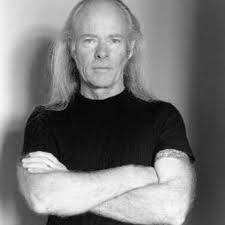 His next release, “Highland Farewell,” is the story of the Great Clearances, as seen through his own eyes, himself a grandchild of Scotland, born in New Zealand many generations after the Clearances. His music gives the listener a feeling that he himself experienced the pain and frustration of forced exile firsthand. For many, born as a result of those dramatic times, “Highland Farewell” is a striking revelation into who you are, why you are, and where you are.

Beginning in the early 1700s, not long after the Battle of Culloden, and finally ceasing in the late 1800s, the Clearances saw the demise of the Highland clans.

English landlords replaced the people of the land, known as crofters, with Cheviot sheep, returned a higher income. Those not killed at the hands of the English forces fled to places like Glasgow and London. Others were herded onto boats and sent to unknown lands, separated from family and loved ones. The Clearances saw Scots travel to places such as Canada, where they created communities in Nova Scotia, various parts of the United States, and onward to Australia and New Zealand. 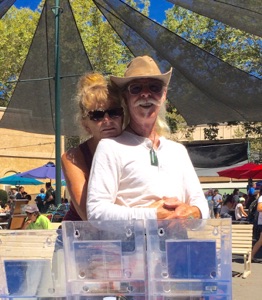 Steve’s own grandfather was carried to Australia, although his mother carried him via Nova Scotia from Skye. The family lived the first two years of his life there, when circa 1899, the family moved to New Zealand. Steve describes his grandfather: “He was a real Scotsman, a tough old Highlander.”

In 2003 this talented Celtic musician then released “Legend,” continuing to meld a sense of Scottish history and mystery, giving musical expression to the history of the great Highland Clan Donald. He also released a holiday album called “Winter in Scotland: A Highland Christmas,” in which he sings many of the old Christmas carols that are loved so well. He also contributes a new Christmas song that is sure to be a hit with one and all.

Steve has built a reputation for innovation and excellence in his music. He is a remarkable musician. His music truly pulls at your heart and Celtic soul. He plans to continue writing music, and as long as he has an audience, he will be out there playing. When Steve is away from his music he also enjoys running, and has participated in many marathons, including the Boston Marathon in the U.S. He now lives in Paraparaumu, near Wellington, with his beautiful wife, Jos. 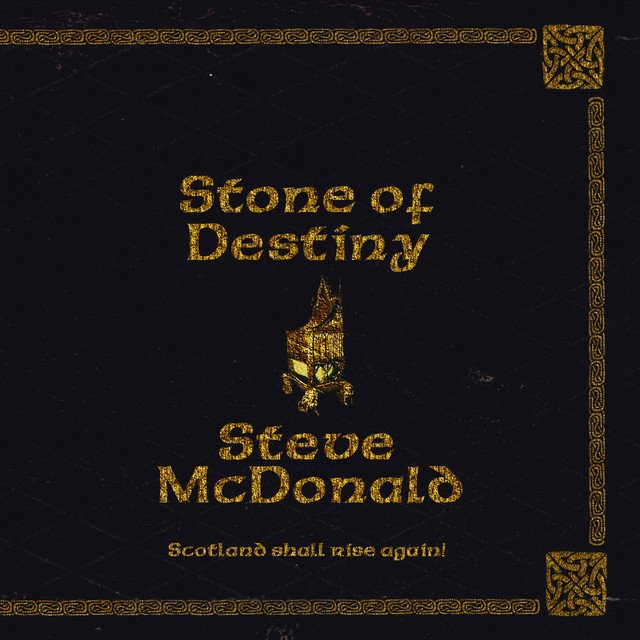 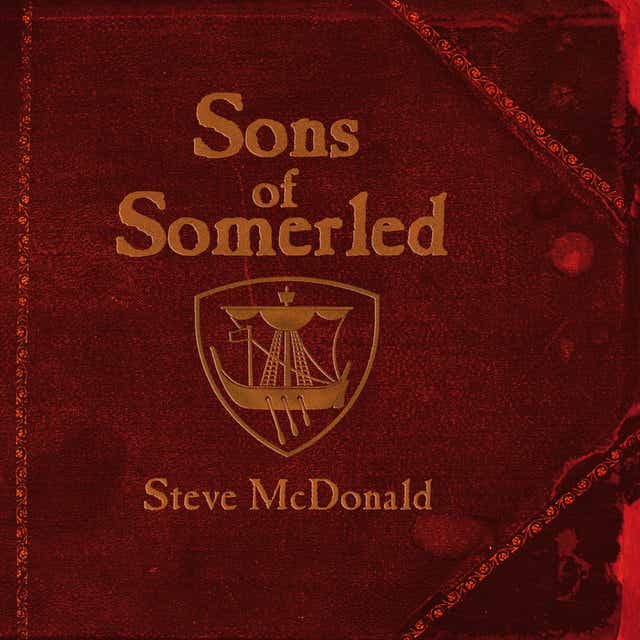 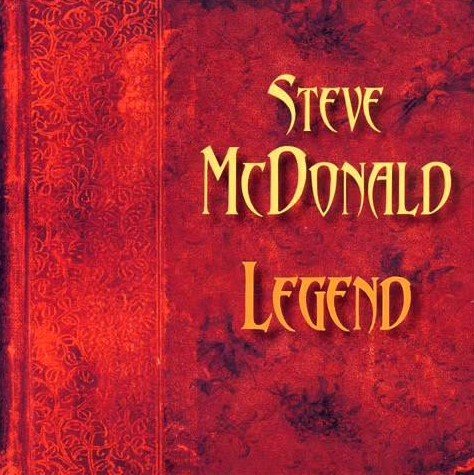 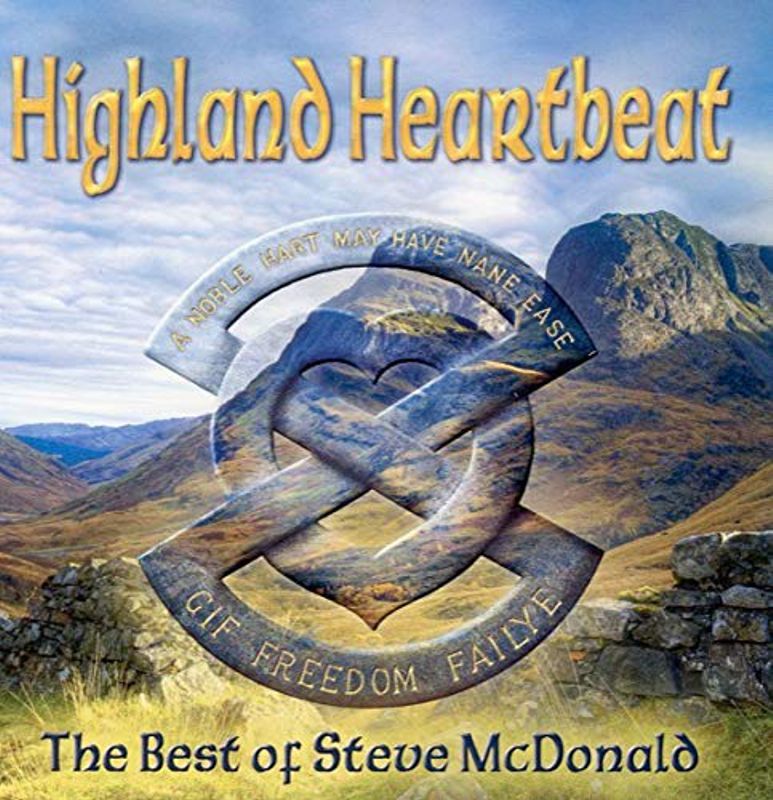 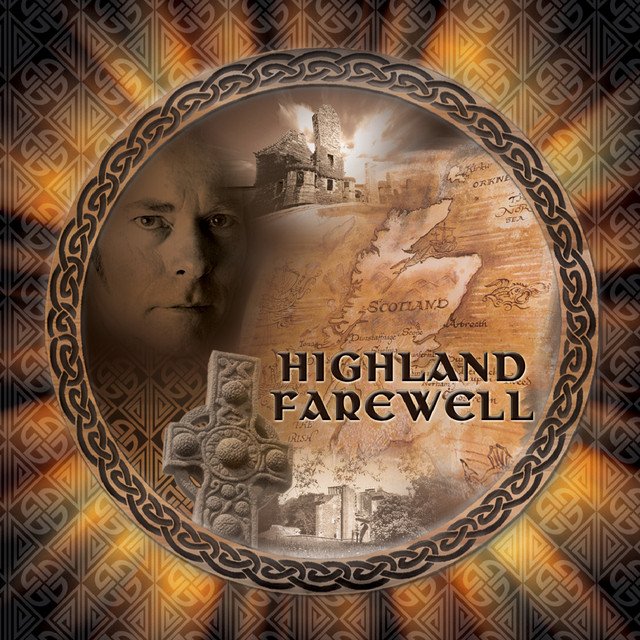 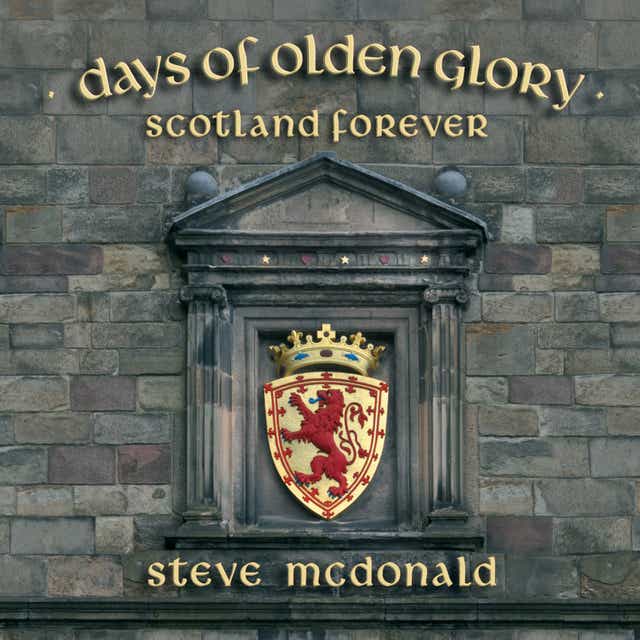 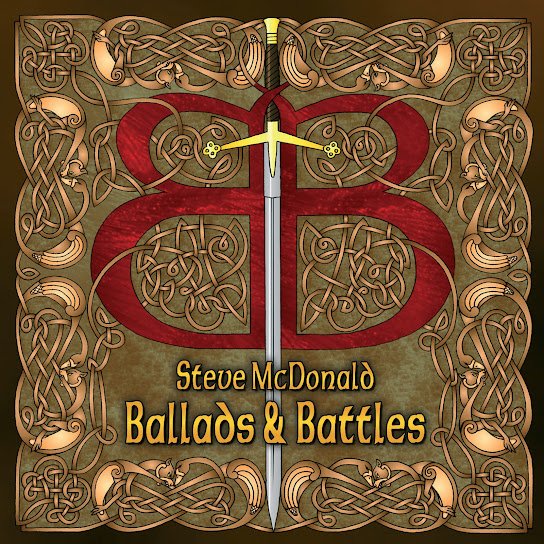 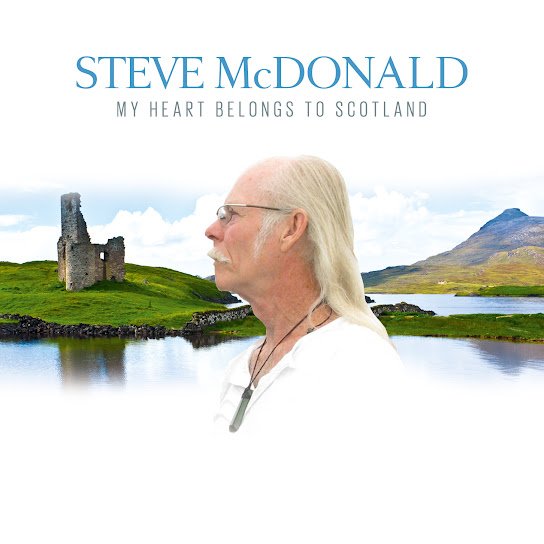 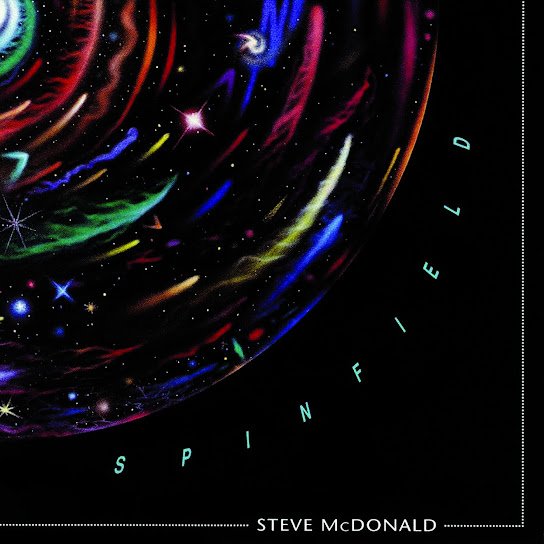 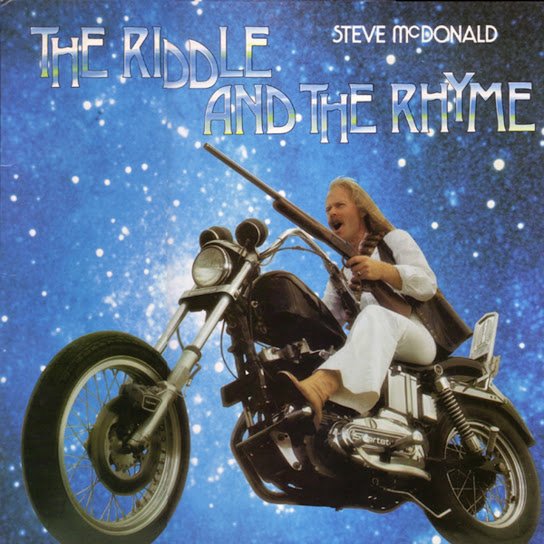 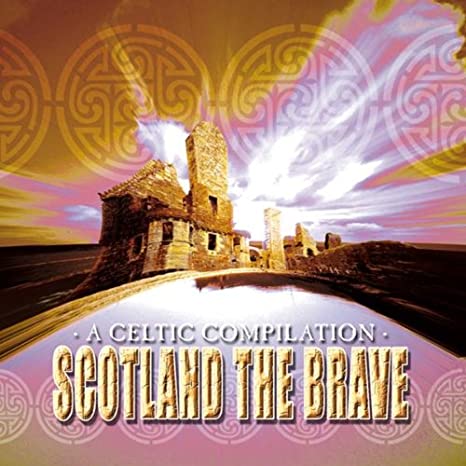 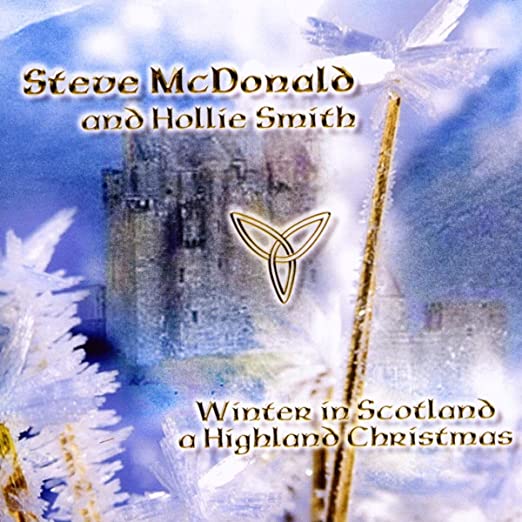