Highlander Celtic Rock Band Australia was formed in 2005 by Justin Body. Justin was from the original band (Highlander) who performed a mixture of Celtic and Australian bush music. After five years of performing and struggling to keep a solid line up, whilst performing at the odd local gig and busking at the Tamworth Country Music festival, the band ended.

The vision of the new band was simple, it had to be more professional with a high standard of musicianship, perform Scottish and Celtic music at its best dressed in Kilts and with a belief that the music will speak for the band. Justin consulted Shane Crooks (Bassist) to find a new rhythm section for the band which saw David Hollis (Guitarist) and Michael Parkes (Drummer) complete the engine room and together with Nikalla Garrett on fiddle from the original band, completed the line up.

The band was named Highlander Celtic Rock Band Australia to appeal to a world wide fan base. 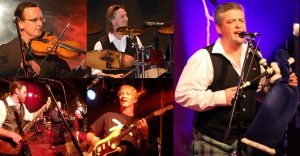 With a string of high profile shows, touring and a new fan base the band went from strength to strength. Sadly after 2 years Shane & Nikalla left the band due to other commitments. Scott Rankin (Fiddler) and Andrew Hoffman (Bassist) then joined Highlander bringing Scott’s passion for Celtic music and Andrew‘s musical experience. In 2008 the band played its first international show in Jakarta headlining the annual ‘Scotland in Concert’ which helped establish the band as a truly international act.

Highlander received a standing ovation with the organizers claiming Highlander was the best act they have had. On the flight home the talk was all about a new album which was recorded in 2009 and released in 2010. The album “North of the Wall” was testimony to the bands commitment to explore and produce rich and vibrant music. Since the release the band has continued to play high profile Celtic events in Australia including the ‘Australian Celtic Festival’ in Glenn Innes, the ‘National Celtic Festival’ in Portarlington and the ‘Bundanoon Highland Gathering’ in the Southern Highlands.

The fan base has also increased world wide thanks to internet radio. Line up changes in 2013 seen Nate Downie on fiddle / mandolin and Chris Davidson on drums. In 2014 the band released their second album, “The Dark Island”, which received best Instrumental and best traditional song in the 2014 Australian Celtic Music Awards. 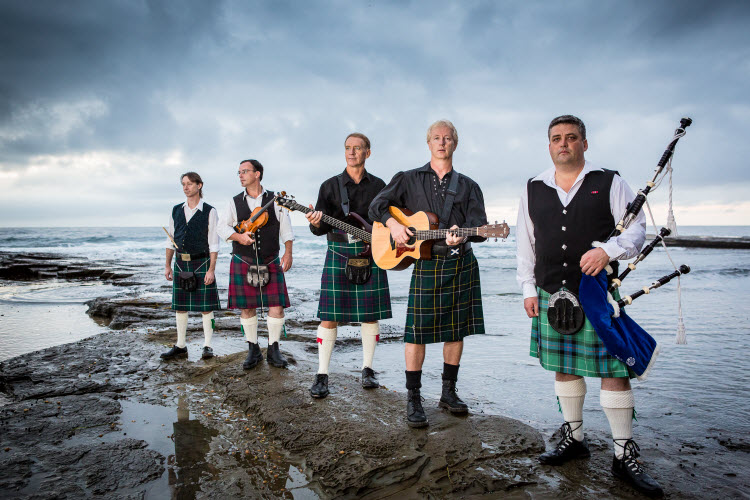 The band has started working on the next album with some of the tracks available for preview on the home page. In 2015, Daniel Kidston joined the line up on bass. The sound of Highlander combines a unique blend of pipes, whistle, fiddle, guitars, mandolin, drums and vocals together with a dynamic stage presence to produce an unforgettable and exciting live performance which is enjoyed and respected by audiences of all ages. “If the sound of Highland bagpipes stirs the blood and makes the hair on the back of your neck stand on end – then Highlander is a show not to be missed. Highlander also work with a locally acclaimed Highland dance troop, and the Highlander Pipers to produce a dynamic and unforgettable Celtic Rock Show.