CRAIC IN THE STONE 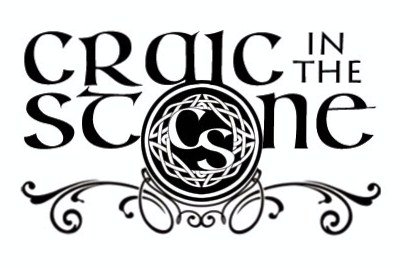 Craic in the Stone has been a unique and shining light in the SoCal Irish folk/rock music scene since 2013. With four studio albums and headlining shows at venues like Segerstrom Center, Chance Theater, Tudor House, Don the Beachcomber, Aquarium of the Pacific, as well as opening for national acts like the Young Dubliners, Accidentals, and Eric Lindell at Coach House SJC, Canyon Club Santa Clarita, Rose Theater Pasadena, St Rocke Hermosa Beach, The Mint LA, and many Celtic festivals including the Big Irish Fair, Scotsfest, and California Irish Festival, the band is tight, and the show a feast for the eyes and ears. The band was formed in 2013 when a group of experienced musicians put together a set of traditional and modern Celtic songs for a one-night concert to benefit the Chance Theater in Anaheim, California. It was one of those very special moments, and Craic in the Stone was born.

The impressive musicianship becomes even more compelling when your ear catches the unique tones of McKay’s melodica, or the floating notes of the quick-fingered Brislawn on mandolin, adding depth and variety to the band’s ever evolving sound. Craic released their first fully produced music video for the original song “It’s Guinness”, which is featured on PUB TUNES, their fourth CD, released in April of 2021. Besides playing Irish and Scottish favorites, their fresh covers of rockers from Led Zeppelin, U2, Cranberries and others surprise and delight. They always bring the Craic whenever they play.

Since breaking into the Celtic music scene in 2013, Craic in the Stone has quickly become the hottest new band of their genre in Southern California – selling out local venues with die-hard fans, better known as “Craic-Heads”.

JANELLE VIONE: Vocals — Janelle had the privilege of growing up in a large family that loves music. They made up the majority of the church choir/band, so singing together in six-part harmony was a regular occurrence. It wasn’t until Janelle was older that she learned it isn’t standard practice for families to burst into song whenever they gather. From makeshift, backyard concerts. local theaters, to the mainstage at a center for the performing arts, live performance has been a lifelong passion. She moved from Northern California to attend CSUF, where she received her BA in Theatre Arts. Being a musical person with a theatrical background (and a redhead) it only makes sense that Janelle was won over by the beauty, heartbreak and joy of Celtic music. When she’s not rocking out with Craic in the Stone, she’s either working at The Happiest Place on Earth or tending to her cat, Levin. 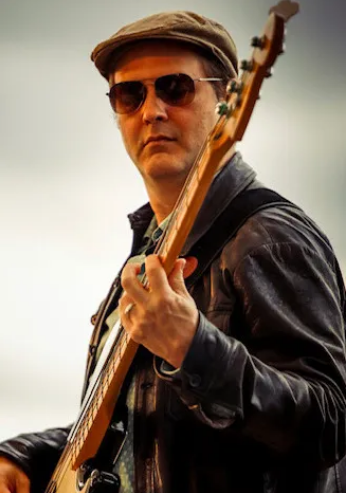 BILL STRONGIN:  Bass, Piano  — Bill hails from Omaha, NE, widely recognized as the birthplace of Gerald Ford and one of America’s top 20 drunkest cities. After graduating from the University of Nebraska – Lincoln with an MA in Music, he began working in the theater, first as a music director (Sweeny Todd, The Mystery of Edwin Drood, And the World Goes Round, among others) and later as an actor specializing in British playboys and smarmy Southerners. He left for the sunnier shores of California in early 2001 and became a Resident Artist at The Chance Theater in Anaheim, where the band was first assembled. His musical influences range from Chopin, Liszt, and Debussy to Frank, Dean, and Sammy to the Beatles, Stones, and beyond. Il adore voyager, surtout dans les pays celtes de la France; donc, si vous voulez écouter une belle chanson, c’est lui le mec! 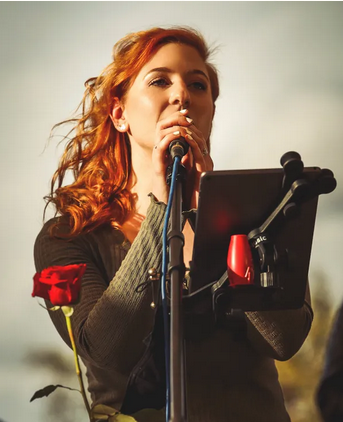 CHRIS CAPUTO: Vocals — Chris’ musical journey began at four years old when she started singing in the church choir. Despite her parents repeatedly begging for some quiet, she hasn’t stopped singing a day since. Chris’ eclectic musical taste can be evidenced by the many different genres she has performed, from opera to metal, folk music to rock. Musical theater was her first passion and her Soprano voice has allowed her to play roles such as Belle in Beauty and the Beast, and Cosette in Les Misérables. Growing up in a suburb of Washington, D.C., Chris has had the privilege of performing at world-class venues such as The Kennedy Center for Performing Arts and The Arena Stage. With Irish, Scottish, and Welsh ancestry on both sides, Chris has fond memories of singing traditional Celtic tunes as a child, many of which are in the band’s repertoire. Chris also dabbles in guitar and is teaching herself to play the spoons.

MATT BRISLAWN: Violin, Mandolin — Matt brings a long and richly varied musical pedigree to Craic in the Stone, starting with Classical violin at age nine, then mandolin, Classical guitar, and viola. This training led him to become concertmaster for orchestras, chamber groups, and string quartets in LA.  Eventually intending to be a literature professor, Matt earned a degree in English Lit. from UCLA and started his grad studies, but found his real joy in playing fiddle with many southland country and Irish bands, including the McGrath Bros., the Limericks, and the Whooligans. Matt still teaches all styles of violin, and brings his boundless energy and magnetism to the stage to the delight of audiences everywhere. To relax, he enjoys reading, writing, and doing crossword puzzles…in ink. 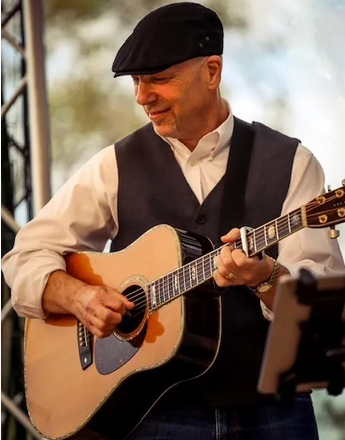 JAY ROFSKY: Guitar — Jay has fond childhood memories of singing and playing music at the piano next to his mother (his father is completely tone deaf, so Jay was off to a promising start). By age 10, Jay was listening to rock on vinyl, and by age 11, he had attended his first concert (Led Zeppelin). At 12, he got his first guitar and was hooked. Learning mostly by ear, Jay played along with his favorite records and never looked back. Though he may have slowed down while earning a doctorate degree and raising a family, Jay’s love of music has motivated him to keep playing a variety of music with various bands. He has had the good fortune to play or share the stage with some serious talent, including Poncho Sanchez, Michael Paulo, and the Cherry Poppin’ Daddies. Jay believes playing with Craic in the Stone is a wonderful opportunity to broaden his range through a unique style of music. 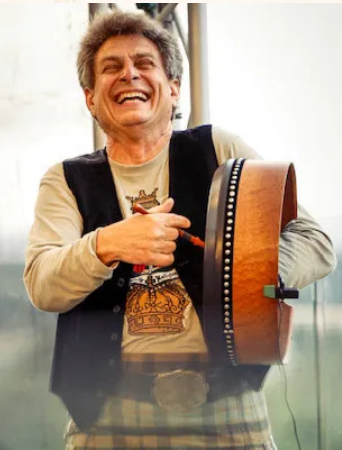 SCOTTY MCKAY:  Bodhrán, Percussion — Scott picked up a guitar and bass in junior high, finding that music came naturally. He later studied music seriously in the Golden West College commercial music program, where he learned recording engineering when it was still “on tape”. Inspired by sessions at Abbey Road Studios and The Record Plant, he built his current studio (his fourth), and still loves fiddling with the knobs. He earned a BA in radio/TV/film and had a thriving DJ career in local radio stations and night clubs before going on to law school and building a successful practice (a guy has to make a living!). His love of music never waned, and he continued his path by studying jazz guitar for 12 years. In a fortuitous turn of events born out of his travels to Ireland, he ended up playing Bodhran and Cajon in a Celtic folk band. Go figure. The Scottish side of his family, who can trace their roots back to the highlands and Robert the Bruce, is proud. Sláinte! 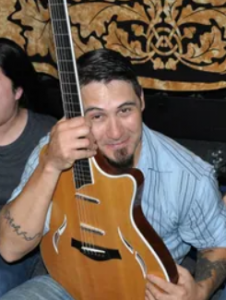 DAVID MCCORMICK (emeritus):  Guitar, Vocals — David was a proud veteran of the US Navy. He left the service to earn an MFA in theater from Arizona State University. After graduate school, he moved to Los Angeles to work in TV/Film until finding a home at Chance Theater as resident fight director and actor. Through it all, he played guitar and sang until some friends asked him to play with them for a fundraiser. The band had so much fun that they decided to stick together. Out of that, Craic in the Stone was born!

*David passed away in the fall of 2014 after a struggle with cancer, but he will continue to be a huge influence on the band. “Ever the warrior, ever the artist, ever in our hearts.”

To see some pics and videos of Dave from his time with the band, please click here.

“As a native of Dublin, growing up just minutes from the music mecca that is Temple Bar, I’ve heard my share of bands. ‘Craic In The Stone’ has captured the hearts of so many people in these parts, including yours truly. When I book this band to play I know we are guaranteed a great afternoon for our friends and customers here at Muldoon’s and all you need to do is sit back, close your eyes and we’re all back in Temple Bar.” – Paul Murphy, Manager, Muldoon’s Irish Pub

Sunday March 20th #CelticRock spent an awesome afternoon with his friends Craic In The Stone as they performed LIVE at Muldoon’s Irish Pub in Newport Beach, California. Here’s some pics and videos. Rock On!… 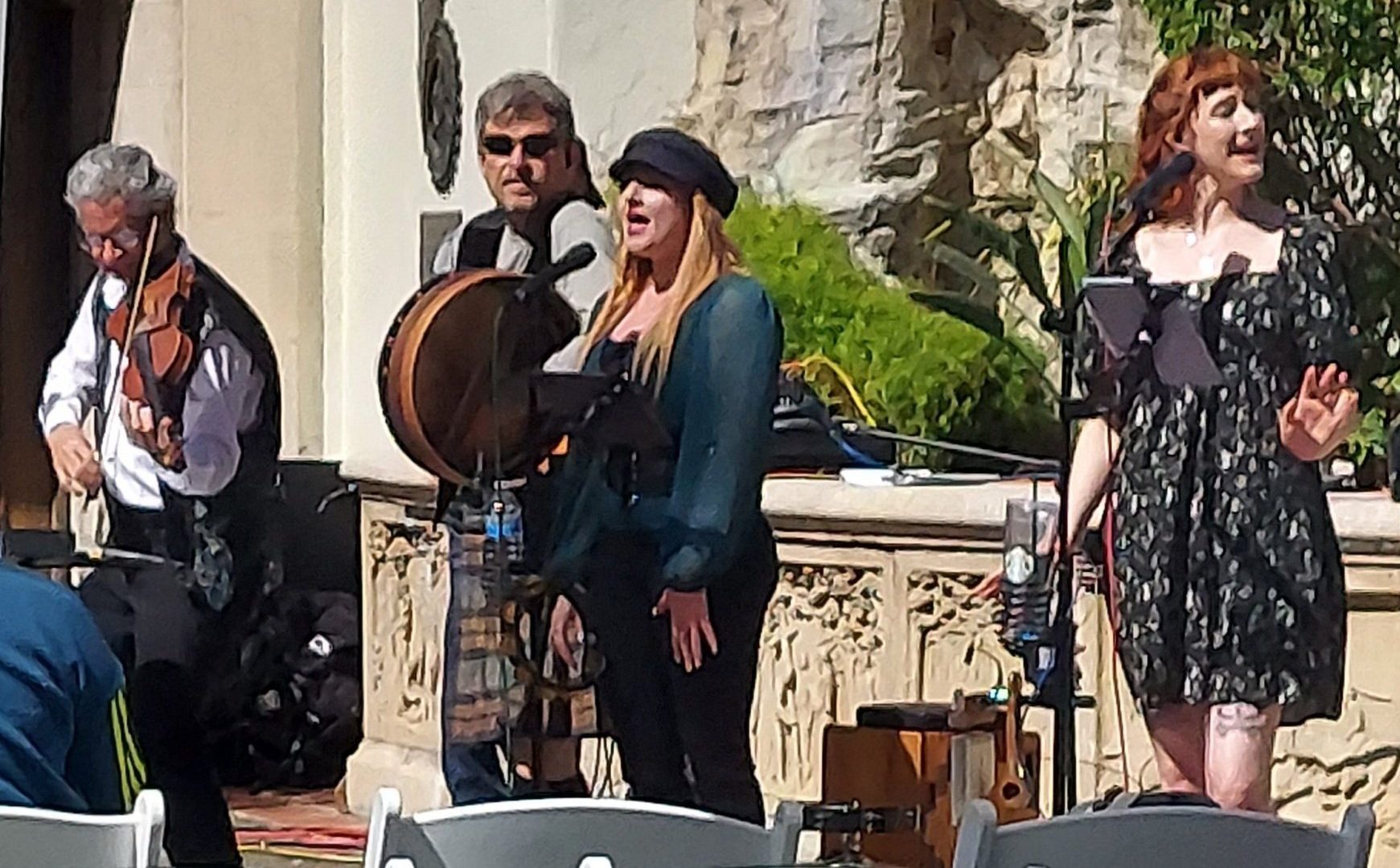 #CelticRock at the Bowers Museum

#CelticRock and good friends from Craic In The Stone at the Bowers Museum for an intimate Celtic Festival.…